Presented By The Side Door Jazz Club 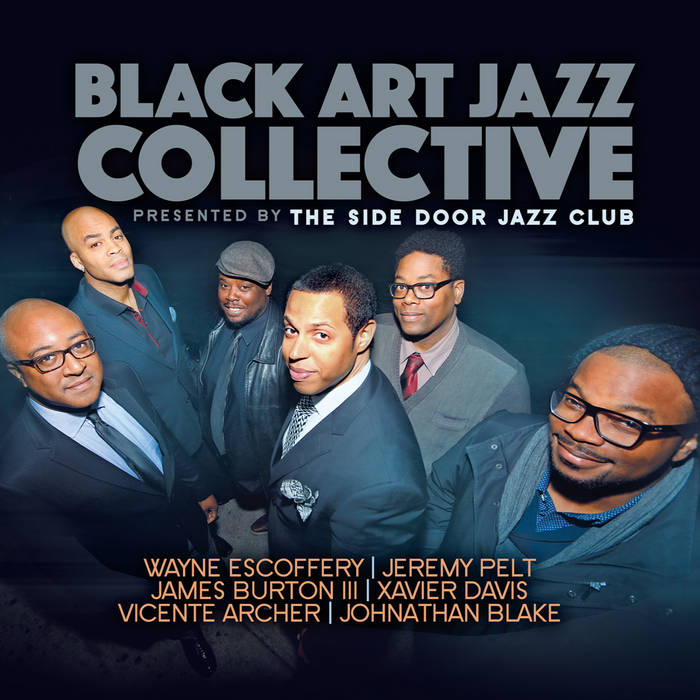 It is easy to misconstrue a name, especially when it is so obviously tied to politics and racial identity. Born during an important period of Black identity in the arts in the early 2010s, Black Art Jazz Collective brings together an accomplished ensemble of young African American musicians who felt that it was necessary to celebrate Black culture in a positive way. The focus on camaraderie between members who grew up playing music together comes through in their music.

The Collective was co-founded by drummer Johnathan Blake, saxophonist Wayne Escoffery and trumpeter Jeremy Pelt. All graduating from esteemed music programs in the Northeast at the same time, the three quickly became ingrained in the New York jazz scene as leaders and invaluable members of ensembles led by legends like Tom Harrell, Bobby Hutcherson, Wayne Shorter and Ron Carter.

The first addition the trio made was the great bassist Dwayne Burno, an individual who really espoused professionalism and dedication to his friends. Being older than the others, Burno’s influence and attention made an impact on all of them. The ensemble also featured trombonist James Burton III (an adherent of the school of Curtis Fuller and J.J. Johnson and another Jackie McLean alum) and the great pianist/composer Xavier Davis.

The Black Art Jazz Collective’s first performance was at Dizzy’s Club Coca Cola in April 2013 with Burno. His passing in the following December was a shock and upset the jazz world, not to mention the Collective. It would prove to be a challenge to find a replacement for Burno. It wasn’t until Pelt recommended Vincente Archer that the group found a perfect replacement, one who had connections to all the members and who was influenced by Burno.

A great opportunity came by way of Ken Kitchings and Jan Mullen of The Side Door Jazz Club in Old Lyme, Connecticut, namely a two-night gig and an opportunity to record with the venue’s new recording equipment. Kitchings and Mullen had expressed their love of the group and felt that it would be a perfect fit for their debut recording project. The resulting album Black Art Jazz Collective Presented By The Side Door Jazz Club is a tremendous example of the ensemble’s incredible drive, swagger and cohesiveness.

Burton’s “Going Somewhere” is a bright and powerful tribute to Sojourner Truth, while Davis’s “No Small Change” is a subtle but powerful tribute to President Obama. The ensemble’s ‘all killer, no filler’ take on Burno’s “Devil Eyes” will raise some heart rates. The set finishes with the lone live recording, Blake’s sparkling tribute to saxophone great Joe Henderson, “The Shadower.”

Black Art Jazz Collective came together during an interesting time, one of finding new strength and identity within America’s true art form, an African American art form, jazz. This allstar ensemble was able to come together as peers and brothers and, with the help of the wonderful leadership of The Side Door, was able to create a fantastic document of authentic and expertly wrought music on Black Art Jazz Collective Presented By The Side Door Jazz Club.

Bandcamp Daily  your guide to the world of Bandcamp